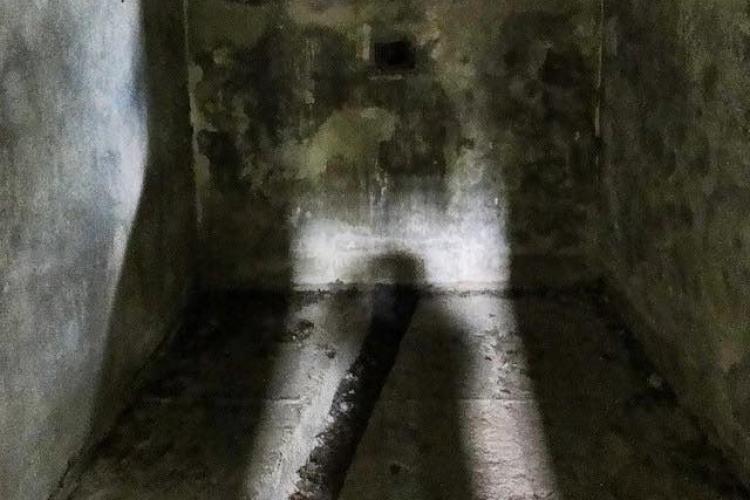 The spookiest places to visit in Cornwall this Halloween

Come a little closer we need to whisper a secret; Cornwall can be a little spooky at times.

The winding lanes under stark moonlight, the wild moors and its dark and looming engine houses and castles dotted across the landscape.  Although most of the time we prefer to call ourselves magical (or mystical if you prefer) when All Hallows Eve approaches, we do like to tell a good spooky yarn…

So, pull that blanket tight up to your chin, make sure the doors are locked and don’t worry, that’s only the wild Atlantic wind you can hear as we tell you about the most haunted parts of Cornwall…

Let’s start with the obvious - Bodmin Jail in the nearby historic town of Bodmin.   The jail started life as a hotspot for hangings, so it goes without saying that it’s got more than its fair share of ghosts.

This imposing attraction is still open to the public, although it stopped functioning as a prison in 1927. It now offers a macabre (and fascinating) look at Cornwall’s former naughty residents.  Built in 1779, visitors are invited to tour the cells and explore the six levels of creative exhibits that depict the hard life of the criminal in Victorian Cornwall.  For the stout hearted you can take a look at the execution shed with its hanging pit.

There’s lots going on at the jail with paranormal nights, ghost walks, family activities, dining and even scary screenings showing a myriad of spine-chilling films within the hallowed walls. www.bodminjail.org

Keep your eye out for the spirit of Selina Wedge, a forlorn ghost who glides through the jail at night. Selina was believed to have killed her youngest son in exchange for marriage, only to be jilted. Her cries are said to echo through the walls. 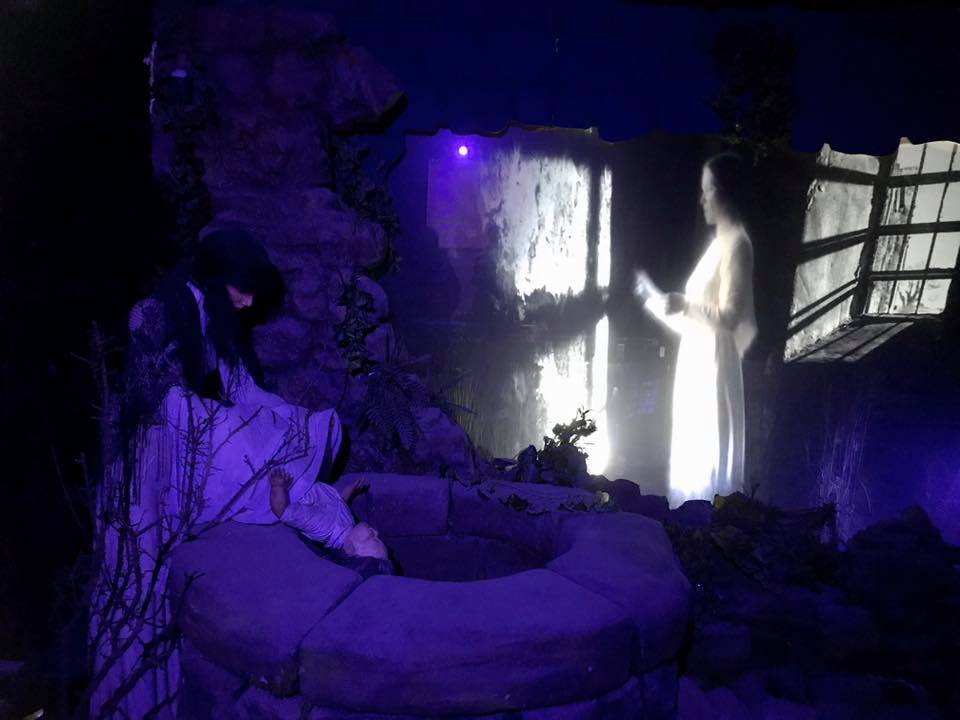 With wild rugged beauty and stunning landscapes, it can be hard to think of the moors of Bodmin as one of the most haunted and feared places in Cornwall.  From wild beasts to lost lovers there are stories aplenty.

One of the main focal points is the world-famous Jamaica Inn, featured in story and film and proud owner of a number of its own ghosts.  It’s the perfect stop to grab a pint and a spooky story, just check who you are sitting next to and remember not to stray onto the moor after dark…

At this point we suggest heading back to the spook-free safety of our family-friendly resort.

If you’ve still not had enough there’s the standing stones at Minions, thought to be the souls of pipers who didn't obey the sabbath or a host of hidden wells, some of which are cursed so you’ll be taking your chances if you decided to take a drink.

However, if you like your spectres fluffy, the moor is also home to the legendary Beast of Bodmin.  Any local person will tell you a tale of its sighting - hound of hell or a big cat released into the wild - whichever it is there have been sightings for generations.

Well where do we start?  If you're not bumping into young servant Charlotte Dymond, who was murdered by her jealous boyfriend, who wanders the area of Rough Tor, then you might come across the evil Jan Tregeagle who was sentenced to empty the vast Dozmary pool with just a limpet shell (he was foolhardy enough to make a deal with the devil). 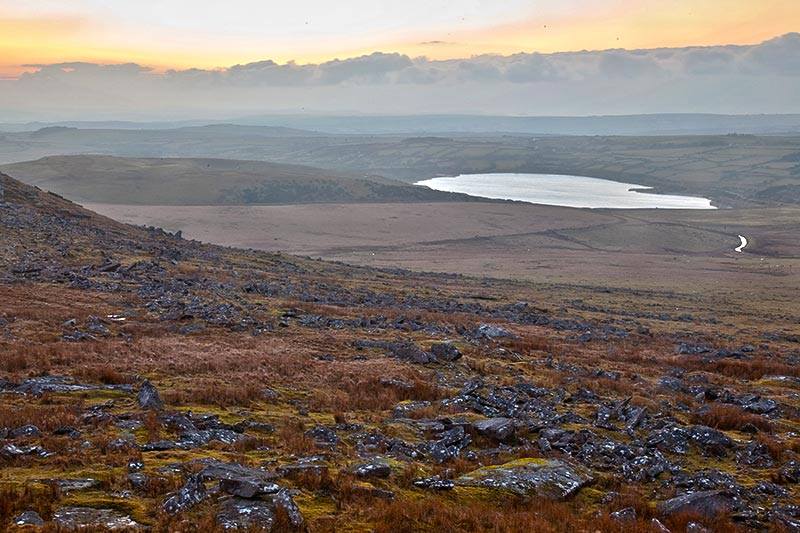 Things that go bump in the night can been found a short hop down the road from Sands Resort Hotel at the National Trust’s Trerice Manor.  The Tudor residence can be found sheltered in a lush valley and dates back to 1537 when it was built for Sir John Arundell.

Take a wander around the stately home and you may encounter some paranormal goings on. Although some of their ghosts are hard to spot, you may feel some of their effects.  From smells of lilac and drops in temperate, to the sound of swishing crinoline skirts, it’s enough to make your hair stand up on end.

During the winter months the crackling fires and drifting scents add to the atmosphere of mystery and, of course, at Hallowe’en you can join the Trust for some family-friendly scares.

Trerice can boast, not one but two apparitions in its Tudor halls.  The most reported is a young servant girl who wanders the north wing of the house. The story goes that she was seduced and  abandoned by one of the Arundels, leading to her killing herself.  Another spectre of Trerice is a stable-boy who frequents the manor's courtyard. He was said to have been killed when the horses bolted, trampling him to death. 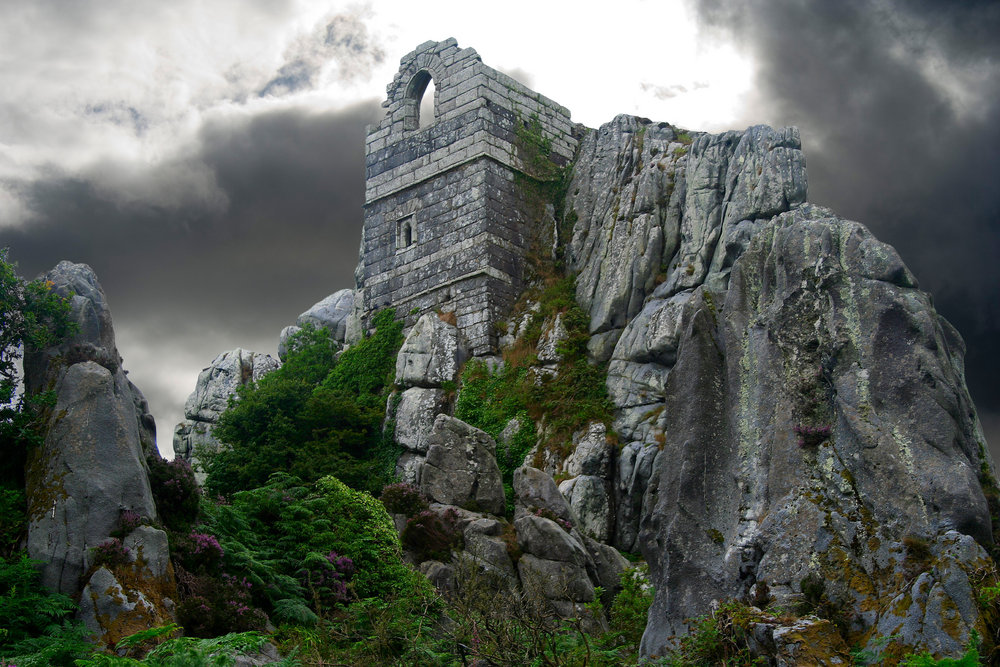 When it comes to wild stories, Roche Rock has got more than its fair share and they are also pretty ‘out there’.

One such story is that Roche started life as an earthen mound, but after the biblical flood it was washed away leaving the imposing rock.  By the middle ages it was a feared place, rumoured to be a favourite resting place for witches and demons.  Finally, a small oratory was built by holy men between the two peaks, banishing whatever evil forces lurked nearby.

However, the story doesn't stop there. The chapel has been used by a hermit with leprosy, was said to be the shelter of infamous lovers Tristan and Iseult and then in the 15th century the chapel  whose remains you see today was built and dedicated to St Michael, the Archangel.  It is also a marker on the St Michael ley-line that is said to run all the way to Glastonbury Tor and therefore a site of extreme mystical power!

Were those fleeting shadows the figures of people darting behind the boulders, or were the clouds just passing the sun?  What were those wild cries?  Could it be the wind through the solitary rock, or the despair of Jan Tregeagle (yes him again) being condemned to his fate having tried to hide in the chapel?  There’s been all sorts of sightings here, from a murdered miner to its former hermit resident.  With so much atmosphere and the ley-lines energy, it’s no wonder that your mind is playing tricks on you… or is it?

For more Halloween Fun visit us at Sands Resort Hotel in Half Term and discover our spooky Maze, enjoy our Halloween arts & crafts and tuck into a goulish dinner at Kids tea.

Published within the category of Best Days Out